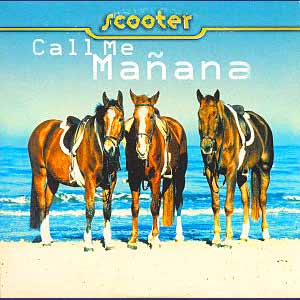 Scooter – Call Me Mañana – Official Music Video. The song was written by H. P. Baxxter, Rick J. Jordan, Axel Coon and Jens Thele. It was released as the third single from the group’s fifth studio album “No Time to Chill”. The single was released in January 1999, reaching number 6 in Sweden, #7 in Finland, #10 in Belgium and #16 in German singles chart.

Read “Call Me Mañana” by Scooter on Genius