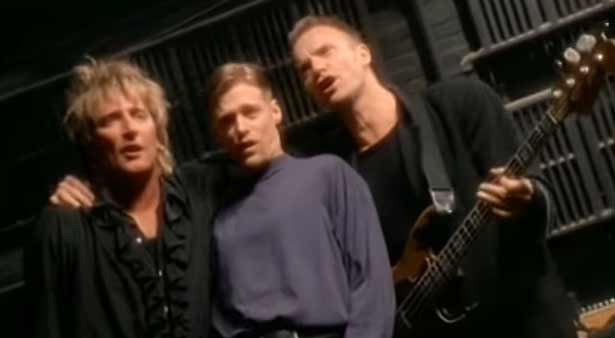 Bryan Adams, Rod Stewart and Sting – All For Love 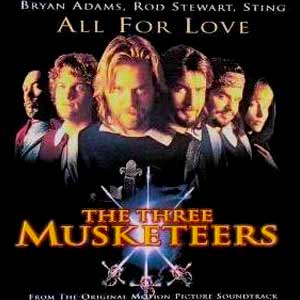 Bryan Adams, Rod Stewart and Sting – All For Love – Official Music Video. “All for Love” was written by Bryan Adams, Robert John “Mutt” Lange and Michael Kamen for the original soundtrack to the 1993 film “The Three Musketeers”, which starred Kiefer Sutherland, Charlie Sheen, Chris O’Donnell, Oliver Platt, Tim Curry and Rebecca De Mornay. The single was released in November 1993 hitting number 1 on many singles charts, including Billboard Hot 100 in the United States, Eurochart Hot 100, Japan and Australia. In the UK, the song peaked at #2.
The song is included also on Bryan Adams’ compilation albums, “The Best of Me” (1999), “Anthology” (2005), “Ultimate” (2017) and on some versions of “So Far So Good” (1993).

Read “All For Love” by Bryan Adams, Rod Stewart & Sting on Genius