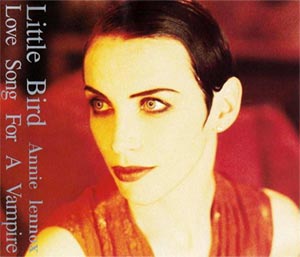 Annie Lennox – Little Bird – Official Music Video
The song was written by Annie Lennox. The single was released as the fifth single from Lennox’s debut solo album, “Diva” in February 1993. It was released as a double A-side with “Love Song For A Vampire“. The single charted at #3 in the UK and on #5 on European Hot 100 singles chart.