Westlife – I Have a Dream 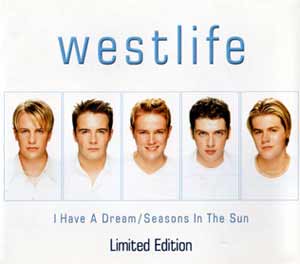 Westlife – I Have a Dream – Official Music Video.
“I Have a Dream” was written by Benny Andersson Björn Ulvaeus for Abba and originally released as a single in December 1979. The Westlife’s cover was released in December 1999 as a double A-side with “Seasons in the Sun“. The single hit number 1 on the UK singles chart and peaked at #7 on Eurochart Hot 100 chart.

Westlife – I Have a Dream – Lyrics

Read “I Have A Dream” by Westlife on Genius