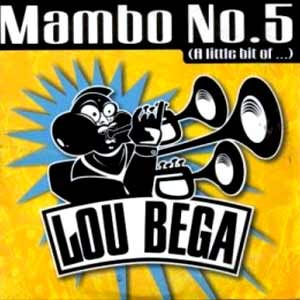 Lou Bega – Mambo No. 5 (A Little Bit of…) – Official Music Video. “Mambo No. 5” was written and originally recorded by Cuban Dámaso Pérez Prado in 1949. Lou Bega’s cover was released as the lead single from his debut album, “A Little Bit of Mambo”. The single was released in April 1999 hitting number 1 spot on the singles charts in many countries, including the UK, Germany, France, Canada or Australia. In the United States, it reached number 3 in the Billboard Hot 100 singles chart.