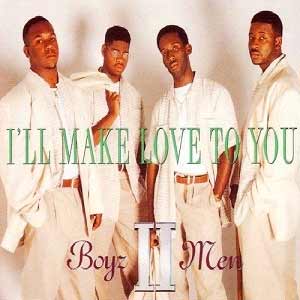 Boyz II Men – I’ll Make Love To You – Official Music Video.
“I’ll Make Love To You” was written by Kenneth Brian Edmonds (Babyface). The song was released as the lead single from Boyz II Men’s second studio album, “II”. The single was released in July 1994 hitting number 1 spot on the singles charts in the United States, Canada, Australia and New Zealand.
“I’ll Make Love to You” was awarded the Grammy Award for “Best R&B Performance by a Duo or Group with Vocals” and two American Music Awards for “Favorite Soul/R&B Single” and “Favorite Pop/Rock Single” in 1995.