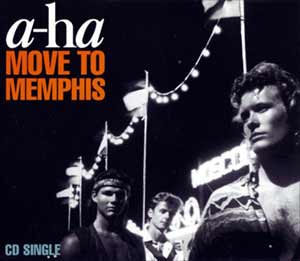 a-ha – Move To Memphis – Official Music Video. “Move to Memphis” was written by a-ha members, Magne Furuholmen and Pål Waaktaar. The song was released as the lead single from the band’s 1991 compilation album, “Headlines and Deadlines: The Hits of a-ha”. The single was released in October 1991 reaching number 2 in Norway, #39 in Germany and #47 in the UK. In 1993, “Move To Memphis” was re-recorded for a-ha’s fifth studio album, “Memorial Beach”.

Read “Move to Memphis” by ​a-ha on Genius