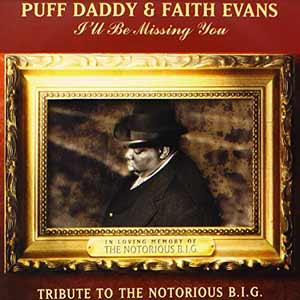 Puff Daddy & Faith Evans feat. 112 – I’ll Be Missing You – Official Music Video. The song was written by Faith Evans, Todd Gaither (aka Sauce Money) and Sting (the song samples from The Police’s 1983 hit song “Every Breath You Take”). “I’ll Be Missing You” was released as the second single from Puff Daddy’s debut album “No Way Out”. The single was released in May 1997 hitting number one on numerous singles charts, including the United States, Australia, the UK and Eurochart Hot 100.

Read “I’ll Be Missing You” by Puff Daddy on Genius