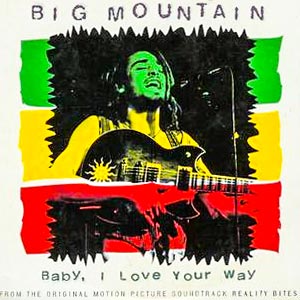 Big Mountain – Baby, I Love Your Way – Official Music Video
The song was written by English singer Peter Frampton for his 1975 album, “Frampton”. The Big Mountain’s cover was released as the single the original soundtrack for the Ben Stiller’s 1994 movie, “Reality Bites” (starring Winona Ryder, Ethan Hawke, and B. Stiller). “Baby, I Love Your Way” is also featured on the band’s second studio album, “Unity”. The single was released in February 1994 with the Spanish version of the song (“Baby, te quiero a tí”) on the B-side. It topped numerous singles charts, including Eurochart Hot 100 and Billboard’s Mainstream Top 40 chart in the United States.
In 1987, the song was covered by the American band “Will to Power” in Baby, I Love Your Way/Freebird Medley (Free Baby) hitting number 1 on the Billboard Hot 100 chart.

Read “Baby, I Love Your Way” by Big Mountain on Genius